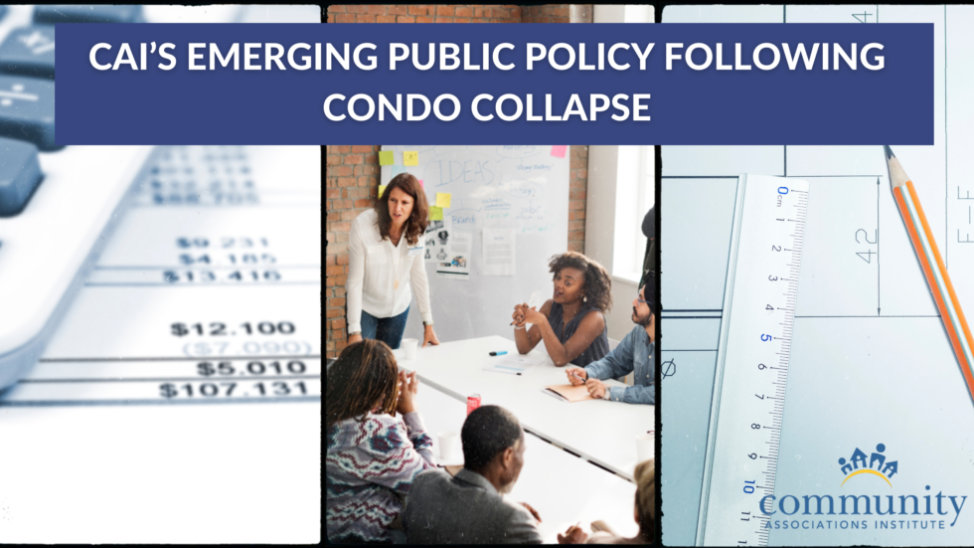 Immediately following the devastating collapse of the Champlain Tower South Condominium in Surfside, Fla., CAI’s Government and Public Affairs Committee convened a special meeting with expert attorneys, builders, reserve specialists, and insurance professionals. Three task forces were appointed with the purpose of identifying recommendations for public policies, changes and updates to best practices, and guidance for local, state, and federal legislators as they discuss solutions to prevent this type of disaster in their districts.

The three working groups were given a 30-day goal of producing their first piece of work. The task forces were focused on:

The task forces met weekly for the past four weeks. In addition, the team leaders connected weekly to ensure their work was not overlapping and to share progress. Since there were so many people involved in the activities, surveys were used to capture support of positions. There was a tremendous amount of conversation and different perspectives, which we believe contributed to the quality of these recommendations.

The CAI Board of Trustees, Government & Public Affairs Committee, and members of legislative action committees were presented with the task forces’ public policy recommendations during the CAI Annual Conference and Exposition: Community NOW in Las Vegas this week.

To read the rest of this article click here